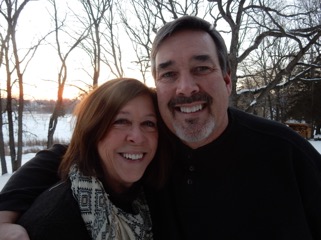 We work with ReachGlobal Staff and other missions organizations to help run camps in China, Austria, Poland and Canada.

Bruce Hibbard has been Director of Shamineau International since 1998. God called Bruce to this opportunity in 1997 while he was the speaker at Camp Shamineau during one of the Summer camps. During that week Bruce met several Austrian teens working at Shamineau that summer, prompting him to ask the Program Director, Herb Bloomquist (now Executive Director) what was the connection. Herb explained that this exchange program started when the English Camps begin several years earlier in 1992. Then in the Fall of 1997 Herb contacted Bruce and asked if he would consider being the first Director of Shamineau International. God directed Bruce and his wife Linda to accept that position in the Spring of 1998. Prior to that, Bruce was on staff at South Suburban Evangelical Free Church for 13 years. He and his wife Linda just celebrated their 40th wedding anniversary. They have two adult married children and six grandchildren. They reside in Apple Valley, MN.

Austria: In July of 2016 there were four camps in Austria attended by over 100 Austrian Jr. & Sr. High-aged students. Since 2013 we have had two locations running simultaneously, creating the need for two separate teams. I was involved with leading two camps in Reutte at the Alphoff Retreat Center. We partnered with an organization called “World Venture”. This group was one of the strongest teams that I’ve ever been a part of!
The basic format for these camps revolves around English lessons, Bible Studies, Chapel and large group or cabin activities. In the Reutte location our activities included walking to castle ruins, jumping off a bridge into a mountain lake, hiking to a natural waterfall where we jumped into a pool of ice-cold water. In the evenings we had chapel, just like at Camp Shamineau. We would have music, skits, testimonies and a chapel speaker. This past summer there were 7 students who made first-time decisions for Christ!

This summer, 2017, will be the 25th summer of our E-camps in Austria!
China: This was a busy year for camps in China. I helped lead camps in January-February of 2016 and then April. The camps were varied: Some were English camps, one was hosted by a Chinese church (felt like a Shamineau retreat!) and one camp was led by YoungLife. I helped lead a camp on the island of Hainan that was in the 70’s, then traveled north to Shenyang where the temperature was 5 degrees below zero. There were camps that had 30 students attend and one camp that had 240 students. I had the privilege to see a mom, camp staff, then over 120 students accept Christ this past year in China! What is evident is that God is moving in the hearts of minds of the Chinese people! One other highlight: We started training 40 Chinese Nationals (all of them believers) in the summer of 2015. In 2016 the number jumped to 115! The vision that God has laid on their hearts: To see every child in China have the opportunity to attend a camp at least once and hear the claims of Christ!

In January of 2017 two people were added to the Shamineau International Staff: Amy Becker and Lauren Broxey. The goal for them in 2017 is to raise financial and prayer support so that we can continue to see the ministry that God has given expand.
Goal: Train Chinese Nationals to become the next generation of leaders in China.
Goal: To help recruit and train camp staff for our locations in Austria, China, Poland and Montreal.
Goal: Develop our website
Goal: Work with Christian colleges to be considered as an option for different majors that can use our camp setting for their graduation requirements. Development of an internship program.
Goal: Develop outreach opportunities for churches in the State of Minnesota to become more involved in reaching cross-culturally to the different people groups that God is bringing to our own back yards!

We would love to help The Log Church in any way to be involved with missions, whether that means taking advantage of one of our locations or being involved in some other way. We can also help with training and preparation of teams that are going out.